"Thomas weaves a lush, intricate fantasy world around a gorgeous romance that kept me riveted until the very last page. What a breathtaking journey."
— Marie Lu, New York Times bestselling author of the Legend series 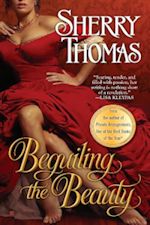 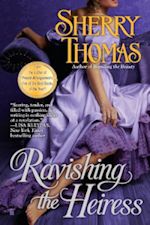 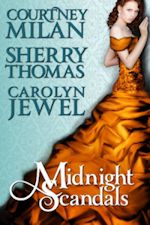 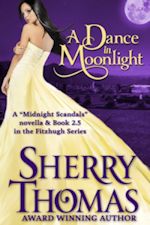 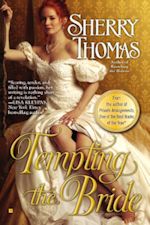 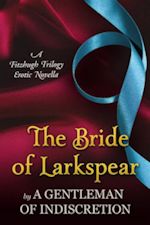 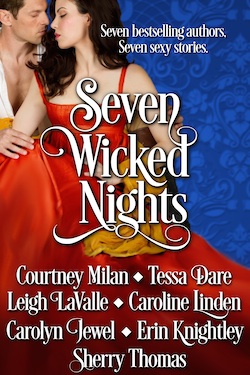 This box set is no longer available. But please do feel free to browse the individual stories.

This limited edition boxed set contains over 170,000 words, and the individual stories have over 200 5-star reviews in total.

Just before Clarissa, Duchess of Lexington, met the man who would inspire four long years of unrequited love on her part, she was thinking about fossils.

She didn’t have any particular interest of her own in these mementos of prehistoric life, but her fifteen-year-old stepson, Christian, quite adored them—and his collection was growing at a problematic rate.

Christian’s father—and Clarissa’s husband—did not approve of his heir “mucking about in the dirt,” as he called it. Worse, he was always threatening to scrap all the specimens that Christian had painstakingly gathered.

Every night during the boy’s Easter holiday, he had been lugging about trays of fossils, hiding them in various trunks and broom cupboards. The house was vast and some of the fossils were sure to remain undisturbed. But there was every chance of the rest meeting an ignominious end in the rubbish bin.

“There you are, Duchess.”

Clarissa no longer loved her husband, but sometimes, when she came upon him, she still experienced a pang in her chest: She missed her younger self—not the naive girl who had worshiped him, but the optimistic and confident young woman who had believed the world her oyster.

Or had that also been part of her naiveté? In either case, it had been a long, painful disillusionment to realize that the man she married was vain, arrogant, incapable of fidelity, and not even fun to have around.

She turned from the balustrade of the grand terrace where she had been standing. To her surprise, alongside the duke and Lord Hatchford there was a third man.

He was a young man—Clarissa was twenty-eight and he must be two or three years younger. He was also a handsome man, with an athletic build perfectly set off by his riding attire, a head of thick chestnut hair, and a chiseled face, the severity of which was softened just a little by the shapeliness of his lips—lips that were sharp and cleanly defined, like the rest of his features, yet fuller than one would have expected.

That subtle contrast caught Clarissa’s attention. But she had learned all too well that beauty was only skin-deep—it was certainly the case for her husband.

“Welcome to Algernon House, Mr. Kingston,” she said. “And please, gentlemen, don’t let me keep you from your ride. It’s a good day for a gallop in the country.”

Mr. Kingston bowed again. When he straightened, his gaze returned to her, level and unwavering.

“Did you invite that Miss Elphinstone again?” exclaimed the duke, who had sauntered to the edge of the terrace. “What use do I have for an old, ugly, and quarrelsome woman in my house?”

Clarissa could only hope the woman she respected for her learning hadn’t heard the duke. “I happen to think Miss Elphinstone is unconventionally handsome and highly original,” said Clarissa.

The duke rolled his eyes. “The duchess and her enlightened views.”

She waited for Mr. Kingston to do the same. Instead, he said, “I agree with the duchess. Miss Elphinstone possesses leonine grace and a deep erudition. I hope to be fortunate enough to be seated next to her at dinner.”

The duke, to say the least, was taken aback. Clarissa twice as much: Other than Christian, she was not used to anyone coming to her defense.

Lord Hatchford chortled again, this time with more effort. “The day flees, gentlemen. We don’t want to ride in the dark, do we?”

The duke stalked off, Lord Hatchford in his wake. Mr. Kingston bowed once more in Clarissa’s direction before he too walked away.

At the door, however, he turned halfway around, as if he had something he wished to say to her. Her heart skipped a beat; her gaze fastened to his lips.

But after a moment of hesitation, he left without another word.

Excerpted from CLAIMING THE DUCHESS by Sherry Thomas
Copyright © 2012 by Sherry Thomas. Excerpted by permission of Berkley Books, a division of Penguin Group (USA), Inc. All rights reserved. No part of this excerpt may be reproduced or reprinted without permission in writing from the publisher. 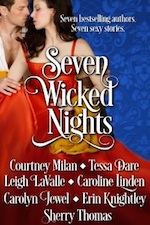 Click here to read more about
Sherry's first book in the Elementals Trilogy.